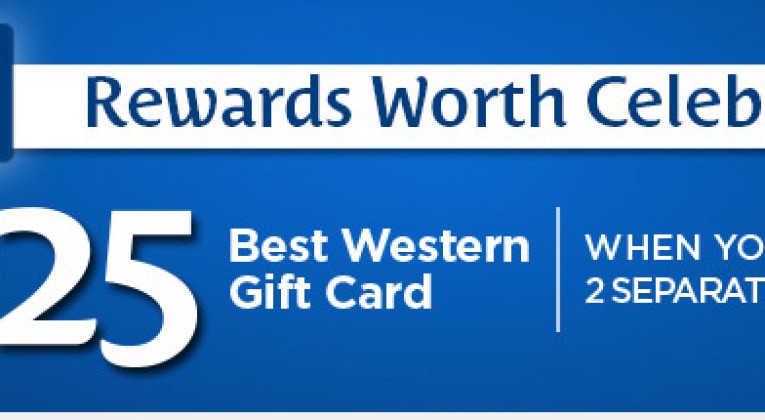 Stay two separate times at participating hotel and resort properties worldwide branded as Best Western now through Sunday, May 8, 2016 and receive a Best Western gift card worth $25.00 — but you must first register for this promotion prior to your first qualified stay; and you do not earn any bonus Best Western Rewards frequent guest loyalty program points.

You can only earn a maximum limit of one promotional $25.00 Best Western gift card during the promotion period. Unlike the most recent version of this promotion back in September of 2015 during which the gift card had a specific expiration date, the gift card expires on the date printed on it with no extensions, substitutions or replacements to be available; and it must be used at a Best Western branded hotel a minimum of 120 days after fulfillment from Best Western International. This promotion is not valid with any other offer, promotion, or discount; and is subject to cancellation or change without notice.

…but apparently enough people did not agree with that assessment; so here we go again with the latest iteration of this weak promotion…