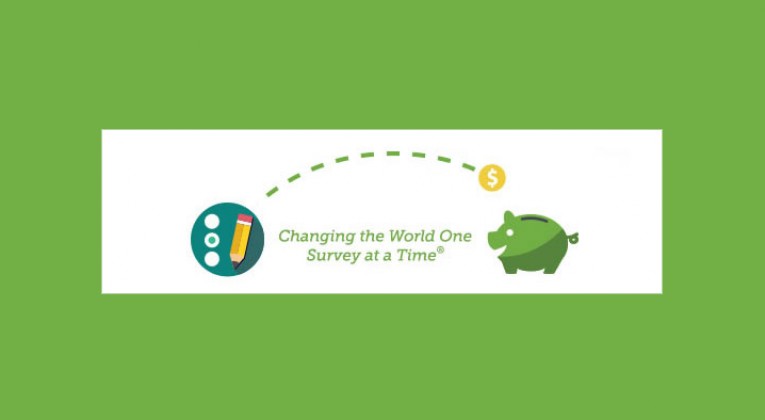 For every survey offered through e-Rewards during the month of November 2015 in which you participate and complete — up to a maximum of five surveys — e-Rewards will contribute $1.00 to the e-Rewards Kiva Loan Fund.

This means that you will help empower people and create opportunities around the world simply by taking surveys offered by e-Rewards and earning points in the process towards credit in a number of loyalty programs; and at the end of the month, e-Rewards will share how much it was able to contribute.

The e-Rewards Kiva Loan Fund was created as a result of a partnership between e-Rewards and Kiva, which is the first and largest micro-lending organization in the world. The partnership even has a slogan: changing the world one survey at a time.

In addition to completing surveys this month, you can also redeem your e-Rewards currency towards Kiva, which “connects millions of people around the world through lending to alleviate poverty, operating on the idea that low-income individuals are capable of lifting themselves out of poverty if given access to financial services in the form of microloans.”

Through the partnership of e-Rewards with Kiva, you are connected to borrowers around the world. Simply redeem your e-Rewards currency for Kiva Rewards or other qualifying redemption Rewards, and e-Rewards will make a contribution to the e-Rewards Kiva Loan Fund. Microloans are made from this fund to borrowers in developing countries who use the money for business start-up or expansion, inventory, home repairs or any number of impactful uses. When borrowers pay back the microloan to the e-Rewards Kiva Loan Fund, that money is then available for future loans to other borrowers.

Joining the e-Rewards program is free of charge; but it is by invitation only. Partners of e-Rewards send invitations to their customers, inviting them to join the program. If you are not already a member of e-Rewards, check your e-mail account, as you might already have an invitation from frequent travel loyalty programs of which you may be a member — including but not limited to Etihad Guest, Hilton HHonors, United Airlines MileagePlus, Iberia Plus, JetBlue Airways TrueBlue, Frontier Airlines EarlyReturns, Alaska Airlines Mileage Plan, and American Airlines AAdvantage, to name a few.

e-Rewards is open to anyone 13 years of age or older who has an e-mail address and is a legal resident of the United States. In exchange for participating in filling out surveys, you are rewarded with e-Rewards currency, with which you may redeem for miles or points in the aforementioned frequent travel loyalty programs — or for gift cards, good at merchants such as Best Buy or Ticketmaster.

Participate in Kiva Through InsideFlyer

If you cannot — or will not — be a member of e-Rewards, you can still be involved with Kiva. InsideFlyer has an active team of members who have already contributed greater than $11,000,000.00 — you read that correctly, as that is eleven million dollars — in loans; and is not stopping anytime soon.

Either way, you have an opportunity to make a difference in this world.