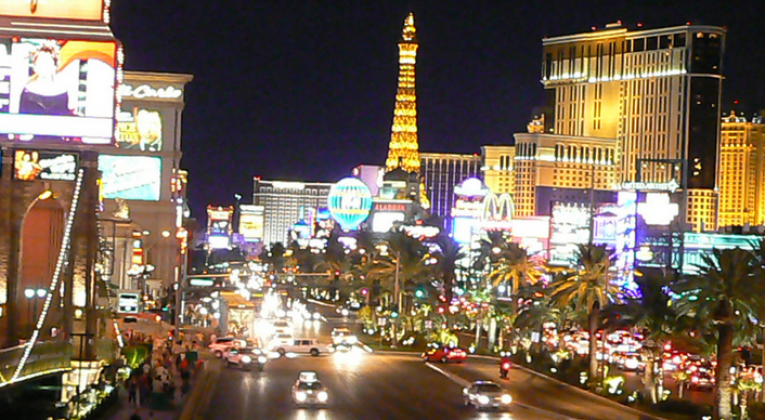 A high roller at a casino, somebody willing to bet thousands, or even tens of thousands of dollars per hand, can ask for anything they want. Reimbursed first class airfare? Forget it. They get a private plane. Great dinner reservations? Nope, the chef comes up to their villa. It sounds like a good life.

And then there are the rest of us. With my tens of dollars on the line, I’m not exactly a target for their freebies, known as “comps,*” in the industry. That doesn’t mean, though, that I don’t go to Las Vegas to indulge a bit. So here are a few hints for those of us who start to sweat when we open that second roll of quarters.

Note: Like my post the other day about Disney FastPass+, I view this article as a start, not a comprehensive list. Please feel free to add in your tips in the comments.

You can get started on your savings before your plane even takes off. If you want to earn a few free comps in advance, you can read my previous posts about the myVEGAS game here and here. You can also hit the internet and simply search for “Las Vegas Coupons,” where you’ll find more offers than you could possibly read.

But sometimes you have to spend money to make money, and one way to do so is to order a copy of American Casino Guide. Available for $12 at Amazon, ACG issues a new edition every year and could become your best friend. Ostensibly, the book is a strategy guide about the various games at the casino. In reality, however, you can skip those chapters and head right to the middle of the book, where the coupon starts. The 2015 edition boasts six coupons for no-strings-attached free slot play, a couple of dozen “match play” coupons** and enough restaurant and show tickets for a month. There are also coupons for casinos outside Nevada and around Las Vegas, including several 2-for-1s in Pahrump (which are, sadly, only for meals and hotels). While the values aren’t quite as high as they once were, you’ll still make up your cost, several times over.

One feature that new visitors will quickly discover is that Las Vegas one of the few cities that is more expensive on the weekends than it is during the week. Since it’s mainly a leisure destination, airlines, hotels and even some restaurants jack up the prices on the weekend, before the partiers head home to recover from sin city.

There’s nothing like staying on the Strip, particularly if it’s your first time in Las Vegas, but if you’re trying to save a few bucks, there are a couple of alternatives. One particularly attractive one is staying by the airport, which is only a couple of miles from the Strip itself, but significantly cheaper in price. The hotels all offer free shuttles to the Strip (and the airport, for that matter), and many of them offer amenities such as loyalty points and free breakfast. True, you’ll give up the unique Strip experience, but it’s hard to see much out your window when you’re sleeping. Virtually every chain has a property by the airport, but I tend to be loyal to the Doubletree, which has always treated me well.*** If you want to “split the difference,” there’s a Westin and Hyatt Place, both only a few blocks from the Strip.

The quality of restaurants has gone up significantly over the past couple of decades, but so have the prices. Gone are the $2 buffets, which is bad for your wallet (although good for your palate). But not everyone wants to eat at Joel Robuchon, either, so there has to be some middle ground. Fortunately, that’s not a problem, as Trip Advisor lists almost 4,000 places to eat in the city (although it also has The Cheesecake Factory as the fifth best of those 4,000, so use your judgment when reading the reviews). I’ve discussed inexpensive but good restaurants before, but you’re generally going to be safe with a casino’s coffee shop, which actually refers to a general restaurant, as opposed to a Starbucks. But this is another area where coupons are plentiful, even for the better establishments.

Britney Spears is always always going to be expensive on a Saturday night. But there’s probably no need to pay full price for most Cirque de Soleil shows or David Copperfield, which have been running forever and have trouble filling the seats. If you want to score same-day (or, in many cases, future day) tickets at a discount, Tix4Tonight has booths all over the strip, as well as an online site. Look there before you call the box office and pay face value.

Whether they admit it or not, this is the reason that most people come to Las Vegas, so it’s important to make your money last as long as possible. In addition to the American Casino Guide listed above, here’s a few other suggestions.

First, enroll in every casino loyalty program that you can. They’re free and often come with some sort of sign-up bonus, whether it’s free play or a novelty, such as a t-shirt or coffee mug (because you likely just don’t have enough of those already). If it’s free play, you generally get credit added to your player’s club card, which you’ll have to play through a machine at once. So if you get $10 in free credit to sign up, you can play a quarter slot machine 40 times and then walk away, keeping whatever is left (likely something around $9.50). For the low-roller, it begins to add up.

Second, don’t hesitate to use a “cheat sheet.” Many players take little playing cards, which gives them the best strategy for games such as video poker or blackjack, to the tables/slots with them. You can buy one for a few dollars in any casino gift shop. Why would a casino sell you something that will “help” you? First, it knows that if you’re buying one, you’re probably going to play. Second, few gamblers have the discipline to stick to them all the time. And finally, you’re still going to lose, but you’ll do so a little more slowly and consistently.

Other gamblers may snicker at a “rookie” using one of the cards, but if you are at a $5 blackjack table, you’ll average a loss of about one hand per hour, since the casino’s advantage is now about 1% with your perfect play. And since the drinks are free, you will more than make up that loss in free alcohol.

Bottom Line: Las Vegas can be as cheap or as expensive as you want to make it. The low-roller may not eat free filet mignon, but he or she will come home with a (mostly) full wallet.

*For an excellent review of what a comp is and some basics about how to earn them, see my partner in crime’s post on the subject.