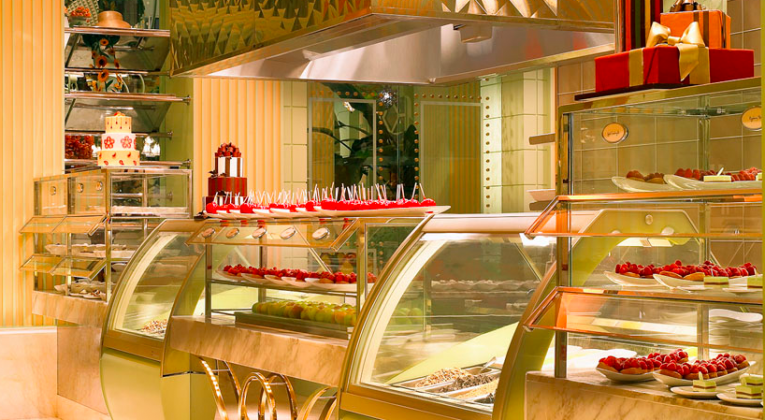 Vegas is all about excess: larger than life hotels, super-sized jackpots and, of course, the food. And, of course, there are the buffets. The days of the $.99 buffets are long-gone (The most expensive one this list tops out at $90.), but the varieties of food and drinks are higher than ever. In general, it’s all about quantity versus quality.

There are, however, a few buffets out there that are worth your money. Some are well-known while others are harder to find, but all of them have at least casual dining restaurant quality food.

Before we dive in, there are a few “table rules,” if you’ll pardon the pun:

One of my favorites is also less well-known, the dinner buffet at Aria. It has an enormous salad bar, high quality food and manages the lines well. But what really sets this one apart is the variety of food that it offers. Of course it has the chicken and prime rib. But it also comes with Asian, Mediterranean and even Indian (and the Naan isn’t bad). Desserts are also excellent, with standouts such as Gelato and cake pops, which bring something new to buffets. The standard dinner price is $35 per person, and prices range from $20 for breakfast to $40 for weekend dinners. There’s a special line for all but the basic members of the M life rewards program.

The Buffet at Wynn

When the Wynn buffet launched several years ago (see the image at top), it was one of the best buffets that I had ever seen. The quality was extraordinary, the crab legs were huge and the setting was beautiful. I think the quality has slipped a touch, but this one is still in the upper echelons of buffets. The seafood is still above average, as are the Asian dishes. It’s not cheap, but Steve Wynn does everything well, including options for people with dietary restrictions. The buffet is no exception. Prices range from $23 to $44, and $10 buys you a line pass.

Oh la la! The Paris Casino is no more French than French toast, but the buffet is an exception. In particular, it offers the best breakfast buffet in the city. Sure, there are the usual omelet stations and mix of pastries and salads, but what people come here for is the crepe station, where they will cook you up a variety of sinful treats, either sweet or savory. Besides, how many meals of prime rib can you eat? Prices range from $22-$34, although you get a dollar off with a Total Rewards card and a line pass if you have Diamond or Seven Stars status.

And then there’s the Bally’s Sterling Brunch. It’s only offered for Sunday Brunch and costs $90 ($85 with a Total Rewards card). On the other hand, how many other buffets come with a 25+ Zagat food score, or endless glasses of Perrier-Jouet Champagne? You can get food at the buffet or order items through your waiter. So where do you want to start? The lobster tails? King crab legs? Caviar? And if you’re still hungry for dessert, you may have trouble choosing between the truffles and the chocolate-covered strawberries.

Feel like gorging more than average? You can pick up a pass that will get you into participating hotel buffets all day. Fork over $35 at Luxor and get a day-long pass to the buffets at both Luxor and Excalibur. Want even more variety? Caesars will sell you one for $55 that gets you into one of seven But really, I understand the concept of the buffet is overeating, but there’s simply no way you’ll ever want to get out of bed again after eating at more than a single buffet in a 24-hour period. And if you want to go to the Caesars Palace Bacchanal Buffet, you’ll pay an extra charge. And speaking of the Bacchanal…

The Bacchanal at Caesars

This buffet is the classic example of the buffet that not only went downhill quickly but also fell off a cliff. When it first opened, customers raved about the quality and variety of the food, service and daily specials. People actually waited in line for hours. Over time, however, the reputation stayed high while the quality slipped. Service standards went way down and items were constantly out of stock or mislabeled on my visit. Reviews that were once stellar have dropped to average, which is not good enough for a buffet that costs up to $52.