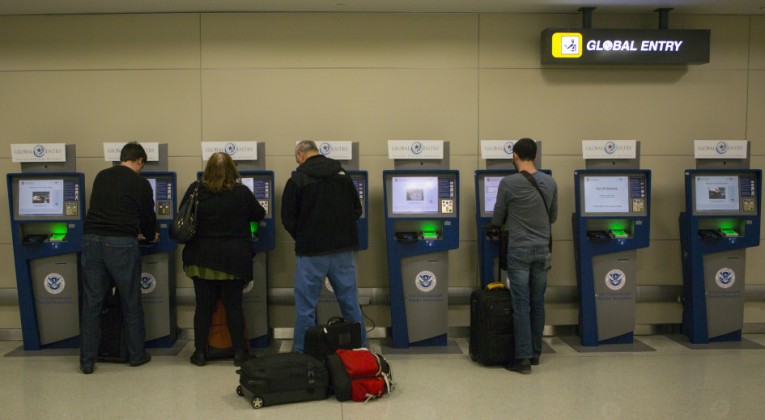 Global Entry was launched by US Customs and Border Protection (CBP) in 2008 as a trial program at 7 of the busiest international airports (ATL, ORD, IAH, LAX, JFK, MIA & IAD). Eligible passengers who paid the $100 membership fee, provided a lot of personal information to CBP and had an in-person interview were eligible to use the Global Entry kiosk on arrival in the United States, allowing for the potential to save a great deal of time spent in the customs hall. Per CBP:

Since its debut in 2008, Global Entry has expanded to almost sixty airports in the United States, as well as Preclearance stations in Canada, the Caribbean, Ireland, & the United Arab Emirates. Additionally, passengers with Global Entry are also eligible to use the SmartGate program in Australia and with an additional application, the Privium program in the Netherlands.

Despite skyrocketing in popularity, Global Entry is a great option for saving time at the border! My personal best is going from the aircraft to the curbside in under five minutes at SFO, which is incredible, considering the lines that SFO (and other major airports) see when they receive a bank of Asian or European arrivals.

I signed up for Global Entry in 2009, shortly after learning about it on FlyerTalk. At that point in my life, I had only been to Canada, but quickly became enthralled with international travel. 23 countries later, I’d say that the $100 fee I paid for Global Entry was well spent!

The only downside was that it did not offer me any benefits on frequent trip to Canada. Though I only made the trip a few times per year, lines at the busier Canadian airports seemed to be getting longer. Staring at the empty line for the NEXUS kiosks was no fun, so I signed up for the program in early 2011.

I made the wrong choice in signing up for Global Entry in 2009; NEXUS included access to Global Entry at that point, and for $50 less, so I consider it a lesson learned and enjoyed the fact that my total trusted traveler membership received an additional year of access.

Enrolling in NEXUS did require another interview, this time in Edmonton, with US Customs & Canada Border Services officials. With airfare between the United States and Canada running off the rails these days, I redeemed miles for a round-trip ticket from Denver. Today, those looking to visit Canada for a NEXUS interview are best off using British Airways Avios to redeem for the round-trip ticket (from a city close to Canada; Avios is a distance based award system)

The Renewal – Global Entry or NEXUS?

I’ve enjoyed a fabulous five years of access to Global Entry and NEXUS, as well as 100% success with TSA’s PreCheck program. Although my membership doesn’t expire for another six months, CBP has always advised that it would be advantageous to start the process sooner rather than later, so without giving it a second thought, I went ahead and re-applied for NEXUS. From the day I completed my application and paid the $50 fee to receiving my approval notice, it took just short of seven weeks.

To my surprise, I did not have to return to an enrollment center for another interview. There are many reports on FlyerTalk where members have been required to return, though there is no way to tell what the reasoning is behind that. It is important to note that if you have never been a Global Entry member, you may have to visit an enrollment to have you fingerprints scanned. Without them, you will not be able to use the Global Entry kiosk upon entry to the United States.

Now that NEXUS members receive no-cost access to the Global Entry program, and TSA PreCheck, it makes the most sense to apply for the NEXUS program. At half the cost of Global Entry and with more benefits, you can’t go wrong with NEXUS.