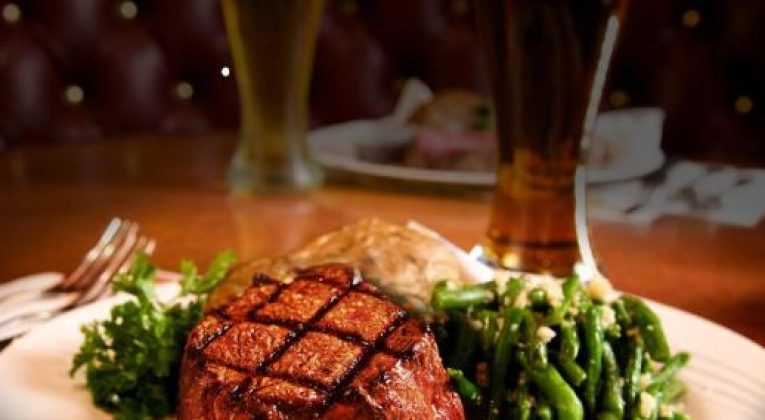 There’s nothing that I like more than finding a hot spot with the locals, unless it’s a hot spot with the locals that will only set me back a few bucks. And Las Vegas is the perfect city to do so. In fact, the only problem you’ll have is choosing which of the local spots you want to visit. Fortunately, that’s where we come in. So if you’re sick of The Cheesecake Factory but don’t want to spend the bucks for Joel Robuchon, here are five suggestions for you. Note that if you’re staying on the strip, you’ll need transportation to get to a few of them, but it’s worth the ride. Nothing on here should run you more than $15-20 per person, give or take.

Start off with drinks at Champagne’s Cafe, an “old-Vegas” bar where, among others, the Rat Pack spent some time. The karaoke isn’t original, but the “charming” red wall paper is, and the prices hearken back to, well, the 70’s, if not the 50’s. But after a few minutes here and a peek at some of the old-timers, you may need to check your flux capacitor, just in case. 3557 S. Maryland Parkway, Las Vegas

Dinner at Lotus of Siam

I’ve seen Lotus of Siam described as the best Thai restaurant in Las Vegas. I’ve also seen it described as the best Thai restaurant in the country. I’m not sure if either of those is true, but I will tell you that it’s probably the best Thai food that I’ve ever had, and I never would have expected to find it in a strip center anchored by the infamous Green Door swingers’ club. The popular lunch buffet is no longer but, with the purchase of the space next door, there are no long lines anymore, either. Food is best done family-style, so start off with some satay and curries and work your way up from there. 953 E Sahara Ave, Las Vegas.

After a spicy Thai meal, you’ll want something sweet to chase it, so head back to the strip and turn north. Just past the Stratosphere, on your right, you’ll see Luv-It Frozen Custard. Truthfully, it’s a kiosk, so you’ll probably miss it the first few times you drive past it (It’s on the right.), but it’s worth the search. They only make vanilla, chocolate and a couple of other flavors every day, but just take what they offer. It’s guaranteed to be good. 505 E Oakey Blvd, Las Vegas

After midnight at Peppermill Las Vegas

Hungry at 2 am? Stop by the 24-hour Peppermill Las Vegas, a Las Vegas institution as famous for its neon as it is for its food. Part lounge, part breakfast food, part hangover cure, you’re as likely to run into an athlete or actor here as you are a drunkard, so be prepared. The restaurant had a cameo appearance in the movie “Casino (as well as in “Showgirls,” for that matter),” but the varied menu, huge portions and interesting servers are the real stars. 2985 Las Vegas Blvd, Las Vegas

The Prime Rib at Ellis Island

And finally, it’s Las Vegas, so I suppose that I should also mention a prime rib dinner. The winner is the cafe at Ellis Island Casino, a small property not far from the strip. EI is famous for the for its large and tasty King Cut, served with a side and a drink for $14.99. There is almost always a line, so be prepared to wait. Added bonus: the vegetarians in the group can grab a slice of pizza at Metro Pizza, which has an outlet in EI, right next to the cafe. This is among the best pizza in Las Vegas, so choose your meal carefully. 4178 Koval Ln, Las Vegas