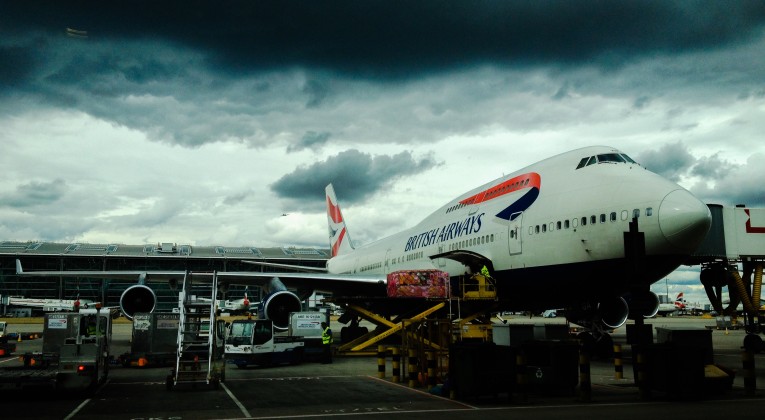 I fancy myself a bit of an artist when it comes to award redemptions. I like 23 hour layovers, and have been known to book up to 6 on a single award ticket. I try to maximize every stopover and segment I can possibly fit into a ticket.

And some people think I’m crazy. Routing from Taipei to Bangkok to London to Istanbul to Toronto back to San Francisco might sound like a great itinerary for me, but for others it’s torture.

So how do you make sure you get the most value FOR YOU out of your miles?

There are a ton of factors in play. Some are objective (generally paying fewer miles is preferred by most over paying more, generally people choose a first class ticket over coach if both are the same price) and others are subjective, like preferring Lufthansa over Thai First Class, or routing via Seoul vs. Hong Kong.

Flyertalk abounds with these subjective arguments. But that’s tedious to read, so here are the biggest factors you should consider to get the most out of your award redemptions.

As some of you who read Travel Codex know, I’m prone to writing multi-part series and this is probably no exception. We’ll break it into a discussion of qualitative factors now and quantitive factors later in the week.

Make sure you look at partners – and know their loose qualitative pecking order.

Probably the most common piece of misinformation out there is the belief that you can only redeem an airline’s miles for travel on that airline. I regularly had coworkers that thought they could only redeem their United miles on United and their Delta miles on Delta.

Nothing could be further from the truth. Generally, Asian and Middle Eastern carriers offer a far superior product in all three classes over airlines based out of Europe. And most airlines from those regions trump the offerings of airlines based in North and South America.

Here’s a loose, totally subjective pecking order of QUALITY across the major alliance and non-aligned carriers – using the US carriers as a benchmark (since most of us have experience with those)

It’s subjective (would love to hear your thoughts in the comments), but if you want to get value out of your AA miles, I’d do everything I can to fly on partners all else being equal. Remember, this is collapsing a ton of factors (product quality, reliability) into a simple force rank and should only be used as a heuristic, not gospel.

Make sure you look at cabins and reviews

Even within each carrier, there are many differences between the different aircraft and seating layouts they fly. Some planes in the fleet have lie flat, brand new business class, others have recliners. Some have 10 seats across in coach, some only have 9. Some premium economy comes with the same meal as business class, other times it’s just a few extra inches of legroom.

So it’s really helpful, once you have a loose idea of the routing options to get to your destination, to look at some reviews. Some of them, like Skytrax, are frankly… garbage. Most posters on those sites have little exposure to how airlines work and haven’t experienced a wide range of products to have a reasonable set of objective expectations. Others, particularly the very long trip reports on Flyertalk, Milepoint/Insideflyer and on several blogs, can really spell the difference between an okay flight and an amazing flight.

These reviews are important because they are written by people who have a very wide range of experience flying dozens of products. They come with their own biases, but I’ll trust someone who has thought about how to write a formal review of a airline product over the yelp-esque style of reviews on Skytrax, TripAdvisor and other emotion-fueled review sites.

Reading a few reviews also gives you a sense of service consistency. Some airlines are known for extremely consistent (almost robotic) service, while others have high variability. Take advantage of the knowledge and experience of fellow AvGeeks that can make an apples-to-apples comparison and know when a bad or good flight was a fluke or par for the course.

There are also minor, subjective amenities, like an onboard chef, nicer pajamas, an onboard lounge, that can sway your decision-making.

Beyond that, there are a few other subjective benefits that should weigh on your mind.

Almost all international tickets allow for connections up to 24 hours in any connecting city that is SOMEWHAT on the way to or from your destination, to allow for a wide range a connections. They’re particularly built for getting to destinations with only one or two frequencies per day, like far-flung islands.

So you can build in what’s called a 23-hour layover into most international award tickets, where you land in a city at say 2pm and leave at 1:30pm the following day. You can go into town, have a nice dinner, meet up with friends, get a good night rest, breakfast and be back at the airport in time for your connecting flight. It’s a great way to scout out a city for a subsequent trip!

Some people love 23 hour layovers and stack as many in as possible on a single award ticket. Others revile them and minimize their layovers at all cost.

Here’s a short force rank of cities by ease of 23 hour layover, based on factors like trip length and cost into town, luggage storage at the airport and onward international connectivity.

Another subjective area is connecting airports and lounges. Some people will gladly go thousands of miles out of the way to experience the Lufthansa First Class Terminal, Virgin Atlantic Clubhouse at London Heathrow, the Royal Thai First Class Lounge and Spa, or Cathay’s The Wing in Hong Kong. Others do not care and would gladly take the most direct routing.

Similarly this goes for understanding connecting airports. Airside connections (connections between terminals INSIDE security) really matters for efficiency. I would much prefer to transit Seoul Incheon (ICN), Hong Kong (HKG) or Singapore (SIN) over London Heathrow (LHR) or New York JFK or Paris Charles De Gaulle (CDG) if I can help it, all else being equal.

This rounds up some of the most common subjective factors that come into play when redeeming your hard-earned miles for an award ticket. Remember to dream big! Make the journey part of the enjoyment of the trip. See more cities, fly nicer airline products and have easier transits.

Disagree with my force rank of airlines? Have your own subjective criteria? Comment Below! We’ll be covering the quantitative factors in the next post!