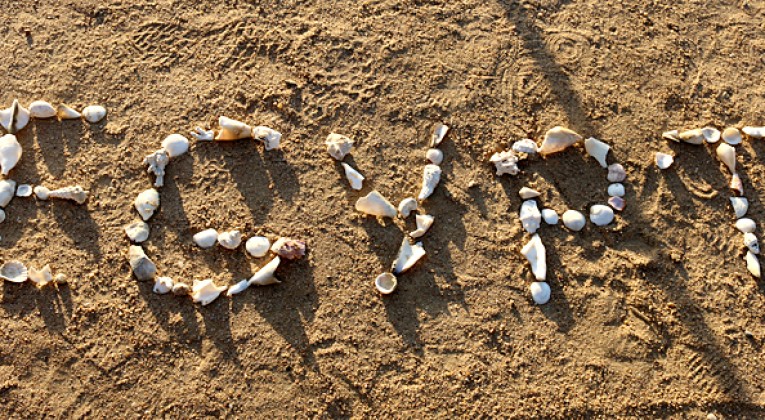 There has been concern pertaining to the safety of traveling in Egypt recently — especially given that hundreds of thousands of Egyptians converged in Tahrir Square greater than four years ago to protest the conditions under which they were living under the rule of Hosni Mubarak, who was then the president of Egypt. His rule of approximately 30 years finally ended in February of 2011 when the country of Egypt experienced a revolution — but not without violence on the streets of Cairo and cities elsewhere in Egypt, where a minimum of 846 people were killed; greater than 6,000 people were injured; and many buildings were burned or destroyed.

…which leads to 6 reasons why you should visit Egypt now — or, at least, as soon as possible:

1. Egypt is Currently Safe in Most Areas

To set the record straight and dispel the fears and concerns right now: while no place on earth is safe 100 percent of the time, if you plan on visiting Egypt, you will most likely be safe — even safer than in parts of the United States.

Explosions did occur on the streets of Cairo prior to midnight one night — but they were from the pyrotechnics which light up the local areas of the sky in euphoric celebration around the city upon the arrival of the weekend. Loud music blasted amidst the honking of horns from cars mired in traffic on the streets. Boats float along the Nile River in displays of brightly colored lights with revelers aboard. Party time, anyone?

If you plan on seeing the pyramids and the Sphinx, the tombs in the Valley of the Kings — including that of Tutankhamun, who is more popularly known as King Tut — the Luxor Temple, the Karnak Temple, or the Mortuary Temple of Hatshepsut, you will need to go through some sort of security protocol to gain entrance. If you plan on relaxing on the shores of the Red Sea in Hurghada and soak up some rays, you can do so without concern, as many resort properties screen visitors and their belongings. Want to go out on the town in Cairo? No one is stopping you from having fun.

Do not be alarmed of the military and law enforcement officers brandishing rifles and guns at security checkpoints on the roads. Realize that you will most likely go through screening and metal detectors at popular tourist attractions and at major lodging chains. You will not feel like you are in a police state, though; and the checks are minimal at best in terms of your inconvenience.

2. Egypt is Not Crowded With Tourists

“Hello, my friend” is the usual cheerful greeting you should expect to hear while visiting Egypt. If you are asked “How is everything? Is there anything you need?”, you can either politely placed your requests — which will usually happily be fulfilled and then some — or you can simply say la shukran, which generally means no thank you.

An Egyptian might ask where you are from — perhaps guessing Germany, Russia or England. If you respond that you are from the United States, do not be surprised if the response is “America!” with that exclamation usually coupled with a startled and refreshingly surprised look, followed by a smile. “We do not get very many Americans here.”

Primarily because of the concern for safety, the tourists just are not visiting Egypt as they had in the past — especially Americans. There was usually no wait to go inside of one of the three famous pyramids. The temples were not crowded. It is possible to spend time alone with Tutankhamun only mere inches from his mummified body with no one else in the tomb other than the person who leads you into the tomb. Fewer people and virtually no waiting in line? You better get here before others find out this secret.

Your dollar — or whatever form of currency you use — will go further in Egypt due to the favorable exchange rate. In May of 2015, one dollar was equivalent to 7.58 Egyptian pounds. Today, that same dollar will buy you as many as 8.05 Egyptian pounds.

4. Low Cost of Goods and Services

If all of the above is not enough to entice you to visit Egypt, how about the low cost of goods and services? You can easily secure a night at a resort for fewer than $50.00. Don’t believe me? Look up the Hilton Hurghada Resort through the current summer sale as one example, where you can secure a room for $48.75 per night through the middle of July — and that includes all taxes and fees but it does not include the 30 Egyptian pounds it costs per night to park your car if you bring one. Can’t go before then? $74.75 afterwards is still not a bad deal.

Food, souvenirs, services — all can be remarkably inexpensive; and do not forget that you can bargain and haggle as well for even better prices.

5. The People are Friendly and Helpful

Do not be surprised if you receive impeccable service in many areas in Egypt from local people who are only too willing to assist you in whatever you need — and some of them will even refuse a gratuity if you attempt to tip them.

6. You Can Help the Economy

Egypt is filled with the same treasures as it has had for centuries; and they are not going anywhere anytime soon. They are spread around the country, which is quite large; so ensure that you incorporate travel time between destinations in your itinerary. The drive from Cairo to either Hurghada or Sharm El Sheik can take approximately five hours, for example…

…and the economy in Egypt is not at its best right now. Prior to January 2011, tourism was reportedly the second-largest earner of foreign currency — as well as a significant source of employment for Egyptians. Although it may be paltry, your tourist dollars can help the Egyptian economy get back on its feet, so to speak, as every little bit helps.

As stated earlier in this article, no place on earth is completely safe. Violence and natural disasters can erupt virtually anywhere at any time. Although you should always be aware of your surroundings no matter where you are located, you generally have nothing about which to be concerned if you want to visit Egypt — and now is a great time to do so for the aforementioned list of reasons.